How to change a start-up CEO smoothly 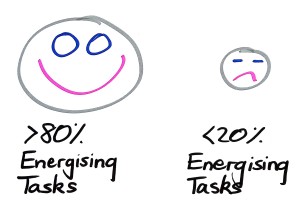 At some point, it becomes clear to everyone that the CEO is beginning to hold the business back. Well, everyone except the CEO. And so you often have a period of pain and damage to the business as the CEO is removed, and a new one brought in. This can trigger the collapse of the business.

One company we work with was in this position. I remember talking to my colleague Vanessa after her first meeting with the then CEO of a small company. She had been asked to help the CEO increase the performance of the sales force, by finding out who should be replaced.

As she described what she learnt in her first conversation with the CEO (let’s call him Mike) and the COO (let’s call her Janet) about what was happening, it became more and more clear to us that the root issue lay in how the CEO was filling his role.

There was clearly a problem, and as we discovered later the investor was already aware of the problem. It was most apparent in the differences between what Mike was doing and what Janet was doing to drive the business forwards. They were trying to take the business in almost opposite directions, leading to quite big tensions between them.

A recipe for a slow and painful implosion. For an experience that none of them would feel proud of.

And yet, they did walk away feeling proud of their success. And the investor commented afterwards that he had never before experienced a transition like this, nor seen an entire workforce understanding so well what their roles were, how their roles drove the strategy, and highly engaged in their work.

For key people in the organisation, we took our preliminary findings to Mike. Mike reviewed the comparison between each person’s ideal role (the role that would best enable them to be at their most productive) and the person’s actual role.

The first big insight, was that there were a number of people across the company, e.g. in administrative roles, who had a natural sales talent, but have never had that put to the test in selling.

It became clear to Mike that there was no need to fire any of the existing sales force, nor was there any need to hire any new staff. By simply giving everyone energised by sales tasks some / additional accountability to sell, he would get more productivity. Because each person would be more energised by the work they were doing. In other words, his return on human capital could be significantly increased simply by putting his human capital to work wisely.

So he was already getting a significant boost to his business performance at flat operating cost.

The biggest insight came when Mike compared his own ideal role – the one that he would be most productive in – and his current role as CEO in this company, at this stage of its life cycle. It became perfectly clear to him that he was really the cause of some of the company’s problems, because his role had changed over the years to one that was now a poor match to him. It was draining him of energy, instead of energising him. So he was naturally steering the company towards work that would energise him.

After a couple of weeks reflection, Mike resigned. He did so, feeling proud of himself for having made the decision, and proud of himself for having led the organisation to the furthest point that he was appropriate for. He resigned with joy because he now knew that the best thing for him, for the company, and for the next company that needed his specific talents, was to resign immediately and find the company that needed him.

After another four weeks, Janet had taken over as CEO, with a completely smooth and effective handover, fully supported by Mike.

The power of combining modern ways of structuring companies, with each person has multiple roles and accountabilities, not a static job description (e.g. Holacracy, Sociocracy); and modern understanding of what makes individual human beings productive and what enables teams to be productive; means that it is actually quite easy to get the right person in the right job; and the wrong person out of the wrong job.

If you want more productivity, more engagement, and more fun in your workplace; if you want Teal; talk to us in Dojo4Life. Whether you’re CEO or not, you can have fulfilling work – and be more productive. (Via our partners we can engage across Europe, East Africa, Colombia and Brazil.)